Best practices in effective communication and how to “fight a good fight.” 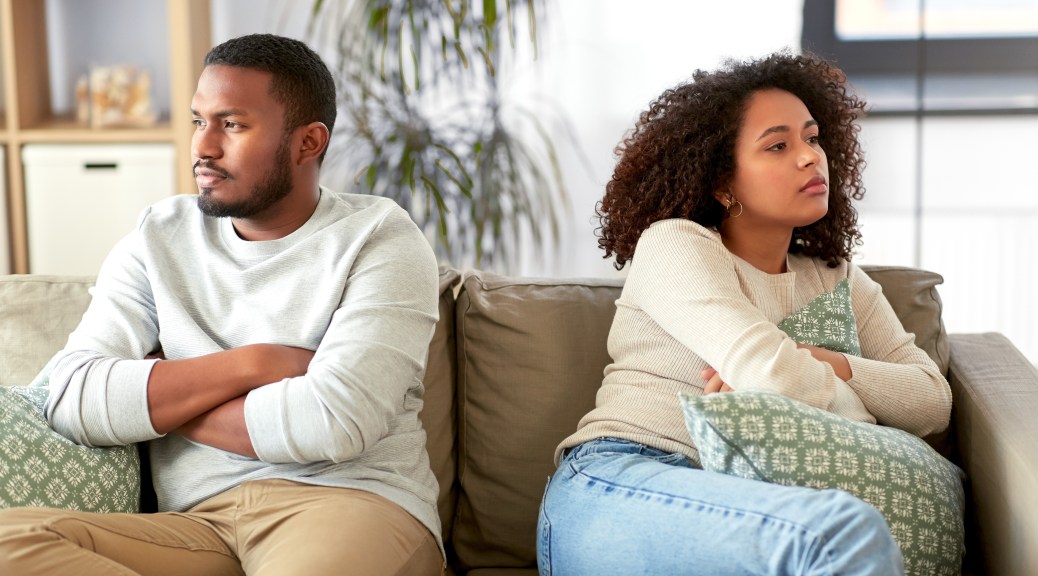 Given that many of us are spending a lot more time hunkering down at home with our loved ones to do our part to minimize the spread of COVID, it’s easier than ever for us to get on each other’s nerves and end up in an argument. We know that the goal of communication is to give and receive in a loving and compassionate manner. But when we’re confronted with judgment or criticism in our relationships, we often resort to knee-jerk reactions of withdrawal, attack, or defensiveness. So for today’s topic, let’s explore some best practices in effective communication and how to “fight a good fight.”

I recently attended a “SMART Conference” (virtually) hosted by Dave Ramsey, and one of the speakers was Dr. Les Parrott, Professor of Psychology and a prolific author of books such as The Good Fight: How Conflict Can Bring You Closer. In his presentation, Dr. Parrott shared four things that we should avoid in a fight, based on decades of marital stability and divorce prediction research conducted by Dr. John Gottman, founder of The Gottman Institute. In a 1992 study, Dr. Gottman was able to predict which couples would divorce, with 93.6% accuracy, by looking for the presence of the following four behavior patterns:

Criticism: Criticism is when we state our complaints in the form of a defect in our partner’s personality, and it’s typically how conflicts begin. “You’re always late!”, the bell rings, and the fight begins!

Defensiveness: Defensiveness refers to self-protection strategies that come in the form of righteous indignation or innocent victim-hood. “You don’t know how busy my schedule is!” This is not a winning response as we’re basically saying “The problem isn’t me, it’s you!”

Contempt: Contempt refers to any statement that belittles the other person, putting the speaker in a relative position of superiority. “Are you ever going to learn how to tell time?” According to Dr. Gottman, contempt is the number one predictor of divorce and therefore is a big red flag.

Stonewalling: “What do you want me to say and I’ll say it.” Stonewalling is a strategy we adopt once we have retreated mentally and emotionally. We may withdraw from the interaction or simply stop responding to the other person. Not to brag, but I was particularly good at that last strategy and was on track to turn pro at one point in my life but then that relationship shockingly fell apart. Dr. Parrott did mention that guys are usually quicker to arrive at stonewalling.

Don’t worry if you feel like your relationship occasionally features some of these behavior patterns! We’ve all been there. But if Dr. Gottman’s “Four Horsemen” are a recurring theme in your relationship, then it’s probably time to experiment with some other strategies that have been shown to result in more productive, healthy conflicts. Let’s turn our attention to those strategies now.

A good place to start is to consider guidance provided by the late Dr. Marshall Rosenberg (1934 – 2015), a psychologist, mediator, author and teacher who founded The Center for Nonviolent Communication. In Dr. Marshall Rosenberg’s classic book, Nonviolent Communication: A Language of Life: Life-Changing Tools for Healthy Relationships, Rosenberg encourages us to develop and practice deep listening skills that reflect an awareness of what we perceive, feel, and want, rather than an impulsive reaction to a statement or event. Rosenberg’s nonviolent communication process has the following four components:

1. Observation: Observe what is actually happening in a situation without judgment or evaluation.

2. Feeling: State how you feel when you observe the action. This can include positive or negative feelings. Your statement should take the form of “I feel … because I …” instead of the reactive response of “I feel … because you …” Focus on discovering the needs of each party rather than point out what’s wrong with each other. By focusing on your needs, you’re more likely to receive a compassionate response to your needs.

3. Needs: State which of your needs are connected to the feelings that you identified. When you express your needs, you have a better chance of getting them met. Communicate your needs in such a way that it’s clear you’re equally concerned about the other person’s needs.

4. Request: Immediately follow Step 3 with a very specific request, indicating what you want from the other person. The goal of the nonviolent communication process is to build a relationship based on honesty and empathy and to obtain a positive outcome that will enrich both of your lives.

Each of the four pieces of information can be stated verbally or by other means, such as through physical touch. It’s even possible to do each of the four components without uttering a word.

Rosenberg offers the following simple example between a mother and teenage son to illustrate how the four components are carried out in practice: “Felix, when I see two balls of soiled socks under the coffee table and another three next to the TV, I feel irritated because I am needing more order in the rooms that we share in common. Would you be willing to put your socks in your room or in the washing machine?” It’s that simple. But, as we see in so many areas of life, what’s easy to do is easy not to do.

If you find yourself in a conversation with someone who is angry, Dr. Rosenberg offered this memorable piece of advice: “Never put your ‘but’ in the face of an angry person.” Answering with “but …” to an angry person will usually make matters worse. Instead, take a deep breath and focus your attention on the angry person’s feelings and needs, and then empathize with that person. This empathic approach will often disarm an angry person and get you both on track to find a positive outcome that will enrich both of your lives.

Repair Attempts: For the inevitable situations we encounter when communication breaks down into an argument or disagreement, emotionally intelligent couples use what Dr. Gottman refers to as “repair attempts”—statements or actions that prevent negativity from escalating out of control. They can take the form of a statement, a joke, a hug, or anything else that brings feelings of love, compassion, and connection back into the room. Dr. Gottman believes that, “The success or failure of a couple’s repair attempts is one of the primary factors in whether their marriage is likely to flourish of flounder … and what determines the success of their repair attempts is the strength of their marital friendship.”

The XYZ formula: During the recent SMART Conference, Dr. Parrot suggested another strategy that we can use when we are responding to a conflict. He called it the XYZ Formula. The formula is as follows: “In situation X, when you do Y, I feel Z.” He gave the example, “When we are driving down the road, when you turn the radio station without asking me, I feel like you are not paying attention to me”, rather than the more tempting option of “Who made you King of the Radio?” This guidance is very similar to Dr. Rosenberg’s nonviolent communication suggestion that we covered earlier which suggests that we should create a statement in the form of “I feel … because I ….” With either approach, we are sharing how we feel when we observe the action, which opens up the possibility of a more constructive discussion.

Now, it’s the other person’s turn and the same process is repeated, with the caveat that the second person must stick to the withholds that they originally wrote down on the piece of paper … we can’t adjust them based on what we heard from our partner (Darn!). After the second person finishes their presentation, there is one additional ground rule that both people must follow: For the next 30 minutes, nobody is allowed to talk about the negative withholds that were shared. Not one word. This provides time for the feedback to sink in and it removes the opportunity for us to go into defensive mode or lash out with a response that we might regret. Instead, let the feedback marinate your brain for 30 minutes and perhaps consider how you might respond in a loving way that will bring you closer together.

In this post, we’ve only skimmed the surface on the vast topic of communication in relationships. Fortunately, there are plenty of great resources available on the subject of effective communication, and I encourage you to read advice taken directly from the experts on this all-important topic. After all, I’m a divorced, single guy! But rest assured that I’ve done a lot of homework on this topic after failing miserably and learning from my mistakes.

There is one point that the experts seem to agree on: conflict is the price we pay for a deeper level of intimacy in our relationships. When we fight “good fights”, the end result is a decrease in tension and an increase in intimacy. There’s only one way to find out if the suggestions in this article will work for you and your partner … give it a try!

Mark Aspelin is a freelance nature, health, and travel writer who helps people become more engaged in biodiversity conservation and live a lifestyle that optimizes physical and mental health. Mark has worked as a conservation biologist, healthcare project manager, certified personal trainer, and he’s the author of over 50 blog posts and articles and two highly rated books: “Profitable Conservation: Business Strategies That Boost Your Bottom Line, Protect Wildlife, and Conserve Biodiversity" and "How to Fail at Life: Lessons for the Next Generation". He has a B.S. in Biology from the University of Notre Dame, M.S. in Biology from Creighton University, and MBA from the University of Texas at Austin. Mark has worked with a wide variety of organizations such as The Nature Conservancy, The Coca-Cola Company, Intel Corporation, Molina Healthcare, United HealthGroup, and The International Crane Foundation, and he is a volunteer Ambassador and Docent-in-training at the ABQ BioPark. His articles and interviews have been featured by GreenBiz, Inside EPA, Perceptive Travel, and the E.O. Wilson Biodiversity Foundation’s Half-Earth Project. Mark is also an avid traveler who has visited over 100 countries and all 50 U.S. States and he lives in the mountains outside of Albuquerque, New Mexico. View all posts by Mark Aspelin

Mark Aspelin is a healthcare project manager, conservation biologist, certified personal trainer, freelance writer, and a travel junkie who has visited over 100 countries and all 50 U.S. States. He lives in the mountains outside of Albuquerque, New Mexico.